This week on HBO’s Westworld, a familiar face finally resurfaced, while things turned deadly at the new theme park.

The episode “Annees Folles” finally checks back in with Bernard, who has been “asleep” for seven years. Last time we saw him, he was slumped forward on a bed collecting dust while the world went to hell around him. Thankfully, he’s had a friend (and watchdog) in Ashley Stubbs, former head of security at Westworld and easily the most loyal sidekick in the show. More on that shortly.

The episode begins with Bernard opening his eyes in the Sublime. His son, Charlie, whispers to him, tells him to wake up, and snatches the miniature maze — the one we’ve seen throughout the show — from his hands. Bernard follows his son through a nearby door and into a vast expanse of sunlit hills. Atop the nearest ridge is a tree that bursts into flames before his eyes, leading him to a place resembling Westworld. Bodies litter the dusty streets. Flames lick at abandoned carts. A wolf darts out of a nearby shop to inspect the dead. As Bernard takes in the sobering scene, a white horse gallops through the carnage. None of this makes much sense at present, but it wouldn’t be Westworld if any part of this story was clear from the get-go.

The scene changes again, this time putting Bernard face-to-face with the same horse as massive screens flicker around them. He trudges through the vision and eventually arrives at… a tower. The writers have dropped hints about this throughout the season, and this structure resembles the drawing Christine glimpsed at the mental health clinic.

Bernard advances into the building and finds that the horse has led him to Akecheta, who explains where he is and why he’s taken the form he has. Bernard returns from the Sublime and hits the road with Stubbs.

Meanwhile, Maeve and Caleb navigate Delos’ flashy new 1920s-inspired theme park. (“They spare no expense on their prisons” is one of the saltiest Maeve quotes yet.) The narrative set-ups in the park are familiar: every choice you make, every host you help, sets in motion a chain of events that feels organic but is in fact meticulously plotted and controlled. This may not be a Wild West simulation anymore, but it’s still a Delos venture. That means manipulation and shameless self-indulgence will abound. Caleb reaches for a can rolling past him in the street but Maeve stops him, steering him away from one of the park’s pre-set storylines. 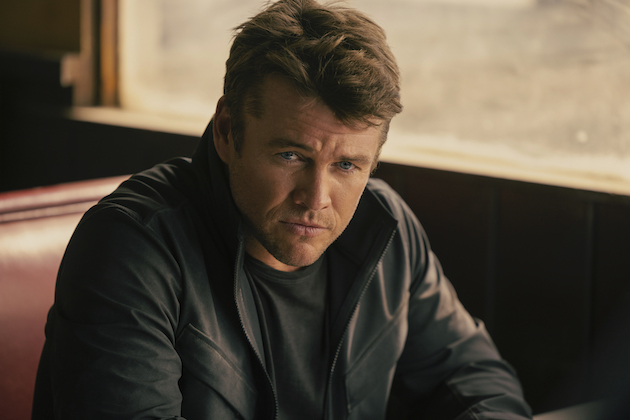 Bernard and Stubbs stop at a roadside diner. Bernard tests the integrity of his reality and instructs Stubbs to order a tuna melt. Stubbs asks Bernard what he’s up to. Bernard replies, “Trying to discern which here is here.” He explains that the Sublime showed him countless realities that could come to be; by triggering a specific series of events, Bernard hopes to put the world on a path to survival rather than destruction. He kills two diner patrons before a woman pulls into the parking lot. According to Bernard, she’s key to saving the world. Bernard shows her a drawing of the Maze on a coaster and she tells them to come with her.

Back at the park, Maeve and Caleb wait at The Butterfly Club. A group of mobsters storm the bar, allowing Maeve and Caleb to hide amongst the piles of dead hosts brought back to the Delos facility for repair. As they navigate the building, they fight themselves caught in another level of the game initiated by this park’s Dolores. Maeve is injured, but the two manage to reach the lower level. There, they discover that the company is developing a kind of parasite. Further in, they see clouds of the flies that William and Dolores-Hale used to corrupt and kill their victims.

Caleb’s wife, Uwade, and their daughter, Frankie, find themselves in danger as the men guarding them appear to be compromised. Uwade kills one of them and escapes with Frankie.

In the desert, the mysterious woman blindfolds Stubbs and Bernard, leads them into the desert, and guides them through a series of traps and safeguards before introducing them to other members of her group. Bernard says there’s a weapon hidden in the desert and that he can help them find it.

The episodes leaves us on an agonizing note: William and Maeve fight briefly but brutally (the former gaining the upper hand), and Caleb discovers that Delos is controlling prisoners. He saves a host copy of his daughter, only to realize he has fallen into a trap. Host Frankie’s head then opens, and a cloud of those bastard flies attacks Caleb….

What did you think of Season 4’s third episode?

Ronnie James Dio was a king among men, and Anthrax’s Scott Ian has a story to prove it

How Slash’s Guitar Teacher Motivated Him Through Lessons

Greece’s own King of Trash

Black Star’s “So Be It” Premiere: Watch the Music Video