Warning: The following contains spoilers for The Boys Season 3, Episode 4. Proceed at your own risk!

Butcher wasn’t the only one getting suped up during this week’s episode of The Boys.

When Hughie first found out Butcher was taking V-24, he was understandably surprised and upset… and also possibly a bit curious about Butcher’s temporary powers. So when Hughie caught Butcher shooting up again, Hughie proclaimed that he wanted to try some. After being repeatedly threatened by Homelander and having to be saved by Annie on multiple occasions, Hughie wanted a taste of power.

“Right now, I am so angry that I can’t even breathe,” he told Butcher.

But Butcher sees V-24 as a necessarily evil that he has to use to level the playing field against Homelander. “This sh-t here, it’s not power. It’s punishment. You don’t deserve none of it,” Butcher replied.

Still, that didn’t stop Hughie from swiping some V behind Butcher’s back, which came in handy when The Boys were fired upon by Russian soldiers while searching for a weapon capable of killing Homelander. As Butcher stunned his cohorts by lasering the enemy, one of the armed soldiers strode up behind MM’s back. Hughie spotted the threat and suddenly teleported, punching his formerly broken arm straight through the soldier’s chest. 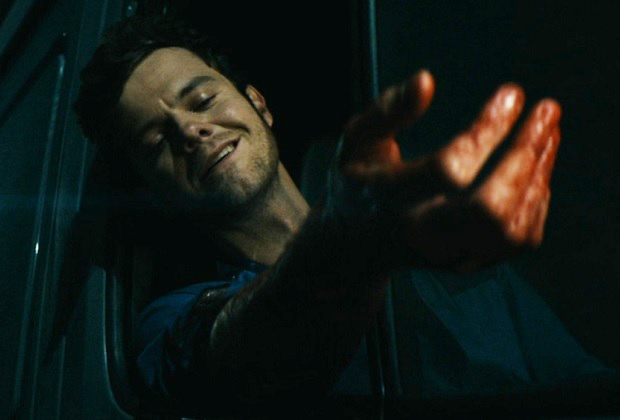 Whereas Butcher took the V-24 with a sense of self-loathing, Hughie appeared to be on a euphoric high in the aftermath, marveling with a smile at his now healed arm. “It was very intentional, and we specifically discussed the both of them having very opposite reactions,” showrunner Eric Kripke tells TVLine. “For Butcher, he hate superheroes so much, and it’s so painful for him, it’s inevitable that he would hate the V.”

For Hughie, however, “toxic masculinity is seductive, and the idea of actually being strong and powerful, especially when he’s had sand kicked in his face his whole life, is something that he’s really getting really high on. So he loves it,” Kripke says.

But of course, V-24 is ultimately “a drug he’s shooting in his veins, so as you can imagine, it probably doesn’t lead anywhere good,” Kripke warns, adding that Hughie’s “had to deal with a lot this year, and so he’s reacted in this big way.” 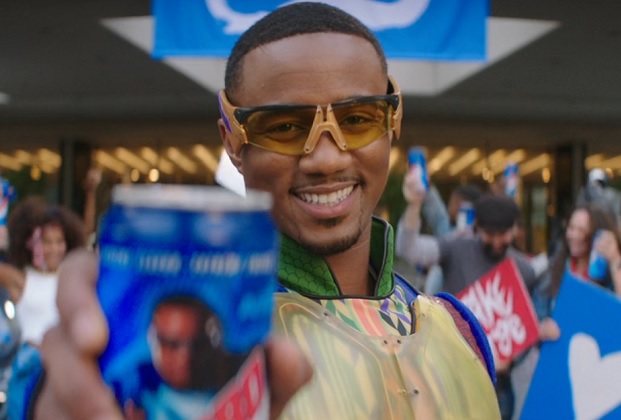 Speaking of bad decisions, A-Train made some pretty terrible ones in this week’s installment. So we asked Kripke which was the bigger betrayal: A-Train telling Homelander about Supersonic’s involvement in Starlight’s plot against him (which resulted in Supersonic’s death), or A-Train doing a Kendall Jenner-esque tone-deaf commercial for a beverage? (Watch the full A-Train/Turbo Rush spot here.)

After chuckling at the question, Kripke replied, “The ad is funnier. The betrayal of Supersonic is heavier and worse. The lengths to which he’ll go to curry favor with Homelander and stay in the spotlight are extreme, and he’s just completely oblivious to the pain he causes, and that is part of his arc this year.”

The Boys fans, what did you think of Hughie’s decision? Grade the episode below, then hit the comments!

Theater Camp Gets a Hilarious Showcase