[PHOTOS] ‘The Resident’: See Kit and Bell’s Wedding in Episode 100

The Resident is throwing one heck of a party to celebrate its 100th episode.

The Fox drama’s milestone hour (airing Tuesday, Oct. 25) will at last find Jane Leeves’ Kit Voss and Bruce Greenwood’s Randolph Bell getting married, after Bell’s multiple sclerosis diagnosis in Season 5 prompted them to get engaged. And in advance of the episode’s airdate, TVLine has five exclusive snapshots from the couple’s big day, which you can view above and below.

“It has to be different from [weddings] we’ve seen before, and it has to be age-appropriate and right for people who have been married before,” series co-creator Amy Holden Jones previously told TVLine. “But it’s definitely a spectacular episode, it’s our 100th episode, which pairs with an amazing medical story. Things go down at weddings for other characters also, and that will happen.”

As the official synopsis describes, Episode 100 — directed by Manish Dayal (aka Devon) — will find Bell and Conrad getting pulled away to tend to the ill daughter of a major hospital donor. Meanwhile, Billie takes Gigi and Sammie dress shopping for the wedding… and as you can see below, their final wardrobe choices are outstanding.

“Picking everybody’s outfits was great fun,” Jones admitted with a laugh. “We have a marvelous costume department who winnowed the choices, but I did get to participate, and let me just say the flower girl dresses are pretty great, too.”

Keep scrolling for a closer look at Kit and Bell’s upcoming nuptials, then hit the comments with your hopes for Episode 100! 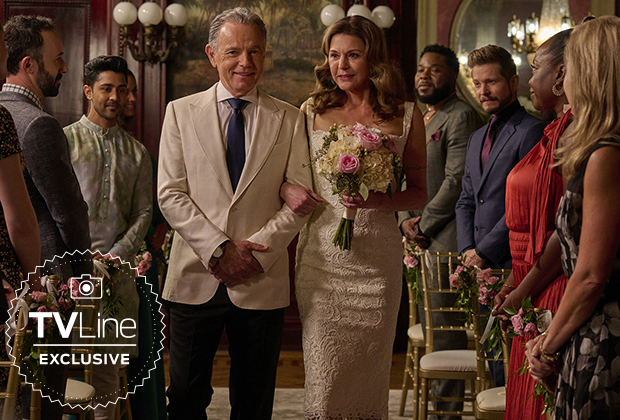 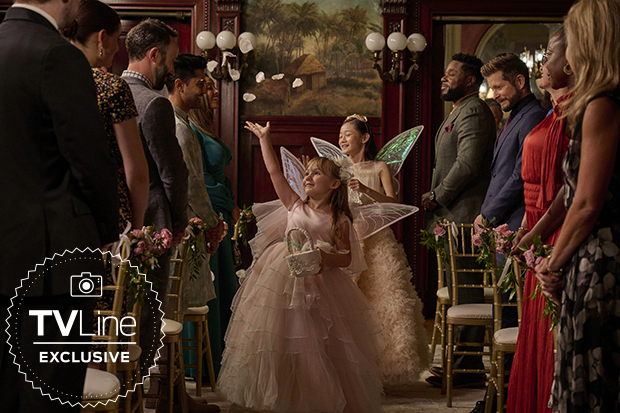 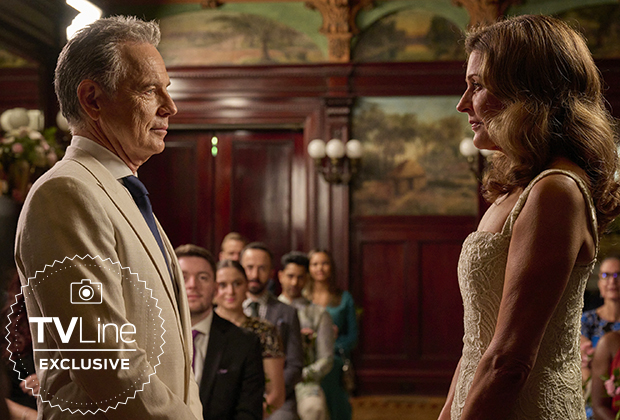 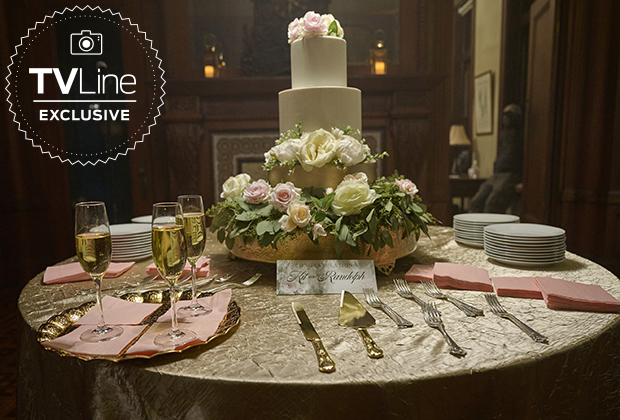