We’ve reached the end of the The Kardashians Season 1 on Hulu, and through it, the end of Khloé Kardashian and Tristan Thompson’s relationship. Episode 9 ended on the cliffhanger of Khloé learning of Tristan’s paternity court case with Maralee Nichols, with whom he shares a child. Khloé’s heartbreak is the main point of the episode, with the family rallying around her in support.

Here, we break down the highlights of the finale. The episode opens where the last ended. Kim Kardashian is in her home gym on the phone with Khloé, who’s just learning the Tristan news. Khloé starts sobbing, and Kim says, “Cut the cameras, dead-ass.” Just kidding. She just asks the crew for privacy.

Tristan is only seen via flashback videos in the episode as Khloé deals with the aftermath and heartache. She says after so many cheating scandals with her NBA player boyfriend, she’s numb and “used to it” all now. This concerns her family. Kim, Kourtney Kardashian, Kris Jenner, and Corey Gamble have a family meeting that Khloé skips, her reason being that hearing other people’s opinions about what to do was not what she needed in that moment.

All of her family members tell Khloé this ordeal has to be the last time she forgives Tristan and reconciles. But she reaches that conclusion on her own. Later on in the episode, she packs Tristan’s clothes and laments over the lost future they had planned, including moving into the newly built house with daughter True Thompson and having another baby. She spends some time with Scott, Penelope, and Reign Disick (Mason Disick hasn’t been seen all season) to recoup. And while she’s keeping on a brave face for her family, she reveals in a FaceTime call to Kendall Jenner that the stress and anxiety of it all made her faint.

“I’m exhausted of dealing with everything,” she later says in solo commentary. “So people may think my approach is crazy or weird and I’m definitely numb, but I’ve done this so many times now. It’s humiliating. There are no more tears left to cry.”

The episode ends with a full-circle moment as Khloé, Kim, Kris, Kourtney, Kendall, and Kylie Jenner gather for their Kardashians Hulu photoshoot. In a private moment on set, Kim tells Khloé one more time that she needs to remain co-parents with Tristan and nothing more. Kim’s protective big sister mode is in full force in the finale. Following her divorce from Kanye West, Kim is more determined than ever to be real about the family’s relationships and how keeping the difficult things bottled up prolongs pain. While checking in on Khloé, Kim shares that she felt isolated when struggling in her marriage. (Her divorce is frequently mentioned throughout the season, but Kim never goes into specifics about her and Kanye’s supposed feuds, save for one fight they had after she hosted Saturday Night Live.)

“When is that time when we step into our siblings’ lives and say this isn’t OK? I feel like we always tiptoe around each other’s situations because we just don’t want to meddle, and I respect that no one came to me during my marriage and was like, ‘Are you good?’ Everyone let me have my own journey and see that on my own, and I appreciate that. But sometimes I look back and I’m like, when do we jump in?”

“If people knew what my relationship really was like, I think they’d be like, ‘How did this last this long?’” Kim tells her sister. “But I can live with myself knowing I did everything humanly possible to make a situation work. I can walk away absolutely guilt-free. You can at least say you had a family, you tried everything in your might. You can look your daughter in the face and say that.”

“I know that, and I don’t have any regret about that,” Khloé says. “It’s the same thing I felt about Lamar. I gave it my all. I’ve never felt guilty. Same thing with Tristan. I don’t feel guilty. I believe in second, third, fourth chances for everyone… I want someone to give me the same grace I’m giving them.”

“It’s time to walk away,” Khloé then tells the cameras. The lighter moments of the episode are delivered by Kris. With the help of Kourtney and Travis Barker, Kris records a cover of “Jingle Bells” to be released that holiday season.

The Family Looks Back on Season 1

The final moments of the episode feature the Hulu photoshoot and flashbacks from the season paired with commentary summing up their season arcs.

“My family — each of my siblings and my mom — we are each other’s soulmates. Without them, I don’t know how I would survive,” Khloé says. “Just makes you feel like you can do anything and no matter what you go through, you’re gonna be OK. One day, I will have the fairytale that I hope to have.”

“I’m in one of the best places I’ve ever been in my life,” Kourtney says. “I’m focusing on now and on the future. I want to show this beautiful relationship that I’m in.”

“I am very excited to have another baby. My life is about to change for the second time,” Kylie Jenner (who’s been largely absent all season) says. “I love how our family’s always changing.”

“Our family is definitely not perfect,” Kendall says. “Living life so publicly can definitely be a bit challenging at times. We always go through a lot of ups and downs, but we’re gonna have each other’s back no matter what.” 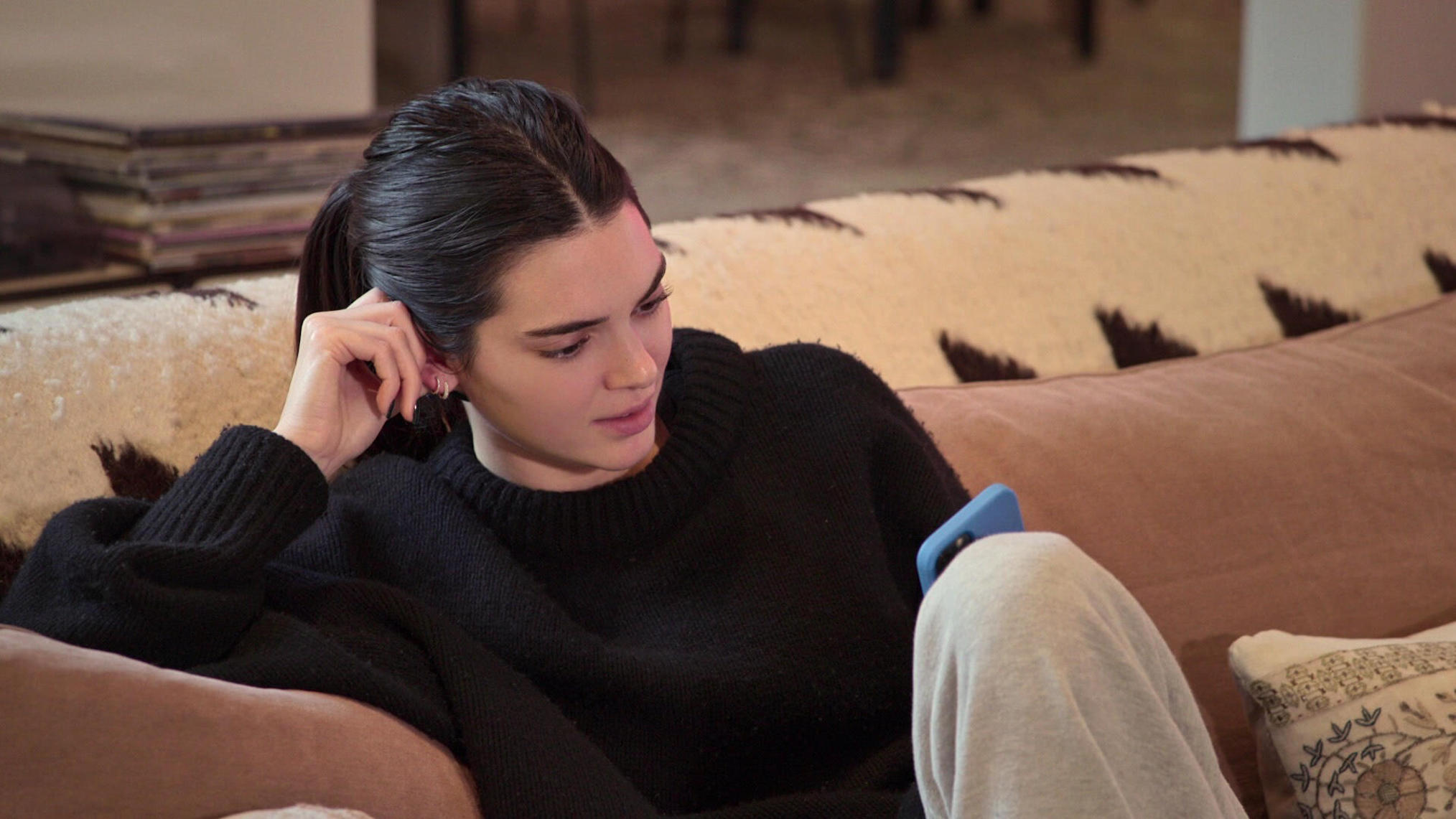 “Life is changing,” says Kim. “Everyone can feel it, everyone can sense it, but it gives me the hope that I could be happy again, and that’s all you could ask for when you’re in situations like this.” She then teases that after law school, she’s going to med school, saying, “But do you even light the fire? Once it gets lit, you can’t put it out.”

“We have been incredibly blessed with this amazing show that we do,” Kris says. “I’m trying to work hard and create a career for my children and live a happy life.” And then… Kris gets a text that changes everything.

“Well, I would love to with a camera,” a producer says, and then the screen cuts to “To Be Continued,” teeing up the next season.

And that’s a wrap on The Kardashians Season 1. Be sure to stay tuned through the credits for a post-credits scene “appearance” from Pete Davidson.

Lil Wayne Denied Entry Into U.K. Over Past Criminal Record

More Than Ever review – Not much meat on the bone