‘Fear The Walking Dead’ Episode 100 Changes Everything for Alicia (RECAP)

It’s like the old phrase says: You gain a Clark, you lose a Clark.

With Madison’s (Kim Dickens) return imminent, Fear The Walking Dead did the unthinkable in its 100th episode: It bade farewell to longtime fan-favorite Alicia (Alycia Debnam-Carey). And while it seems the departure was planned, it’s still a bummer to say goodbye — not only because Alicia’s a fantastic character, but also because a reunion with her mother was so, so close.

As always, Debnam-Carey does the best she can with what she’s given, and in “Amina,” she’s given a lot. It’s splendid that Fear The Walking Dead’s 100th episode centers so heavily around her, although given her popularity, that might not be unexpected. What is unexpected, however, is the actual plot of the episode… and not in a good way. 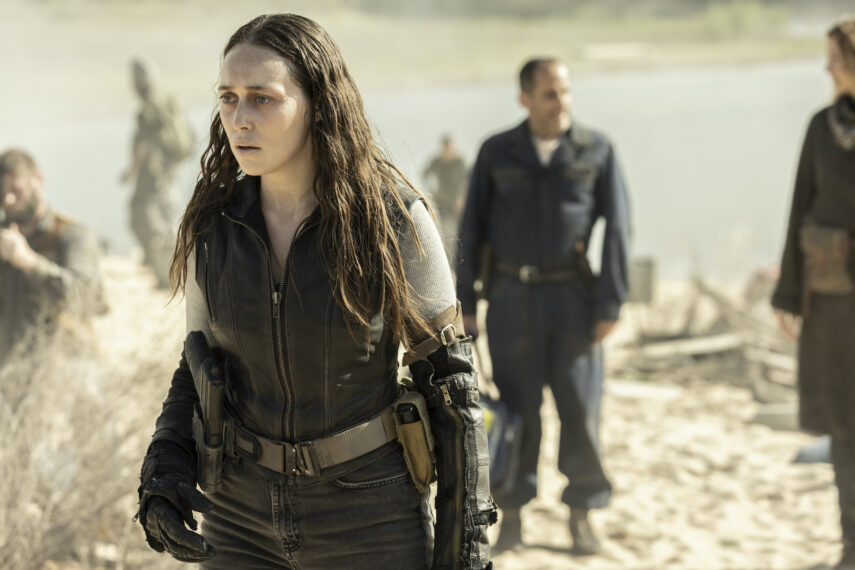 Most of the story revolves around an increasingly sick Alicia stumbling her way back to the tower to rescue Strand (Colman Domingo) and coming to terms with the fact that she’s dying while her friends get ready to leave the area via rafts. As she travels, she sees the little girl who’s been showing up here and there throughout the season; at one point, the girl says she has to get to the tower so she can radio her friend. She says PADRE is real and that it’s possible to survive a walker bite because she’s done it. And it seems she’s telling the truth — when she pushes up her shirt sleeve, the girl does have a faded walker bite mark. A true mystery, this is.

But the twists are so telegraphed it’s almost impossible not to figure it out. The girl refuses to show her face. When she and Alicia fall unconscious at one point during the journey into the tower, they land in the same position. “My mom always said I was too smart for my own good,” the girl says, to which Alicia responds that her mom said that, too. Unsurprisingly, this girl is Alicia — or rather, the manifestation of the side of her that believes in the goodness of people and building a better world and not giving up on Strand. Yeah, OK. Sure. Alicia makes it into the tower and collapses once she finds a very drunk Strand. She says she wanted to get him out, but she’s too weak to do it now and knows she’s going to die there. He cries. She cries. She holds a gun to her head and considers pulling the trigger. And then a little bird that’s been trailing her throughout the episode shows up again, and she decides the last thing she’s meant to do in this life is to save it. She tries to break the window to let it out, but she’s too weak, so the “girl” does it for her. Then, surprise! We get the reveal that the girl is Alicia, and she “survived the bite” because even though Alicia was bitten, the part of her that believes in people never died. Who would’ve thought?

Alicia and Strand’s escape from the tower is glossed over, so we don’t get any cool shots of Strand’s decadent paradise crumbling around him. Again, a pity, because Domingo could’ve done so much there. At any rate, Alicia wakes up on the beach, in worse condition than she’s ever been in, with all her friends gearing up to sail to Morgan (Lennie James). Alicia’s placed into a raft but she gets out, saying she’s not going; she wants to stay behind and help people who might head toward the tower because of the message she broadcast last episode. Anyway, she gets a long, drawn-out goodbye sequence that cements Debnam-Carey’s departure from the show. She bids farewell to Charlie (Alexa Nisenson), Daniel (Ruben Blades), Luciana (Danay Garcia), Morgan, who now believes from a radio broadcast that he’s found PADRE — and even Strand, who she pushes away in the raft and tells she loves him, too.

And then she passes out, seemingly for the last time.

There’s a moment or two where it seems Fear might do for Alicia what it did for her brother. She awakens healed, still laying on the beach rather than in a field of bluebells… but, no. She’s still alive. How? Why? How did she just… bounce back? It’s unclear. But healed as she is, she walks back toward the tower one last time, intent on sacrificing herself for strangers who might or might not be coming. And for all we know, that’s the last we’ll ever see of Alicia Clark. 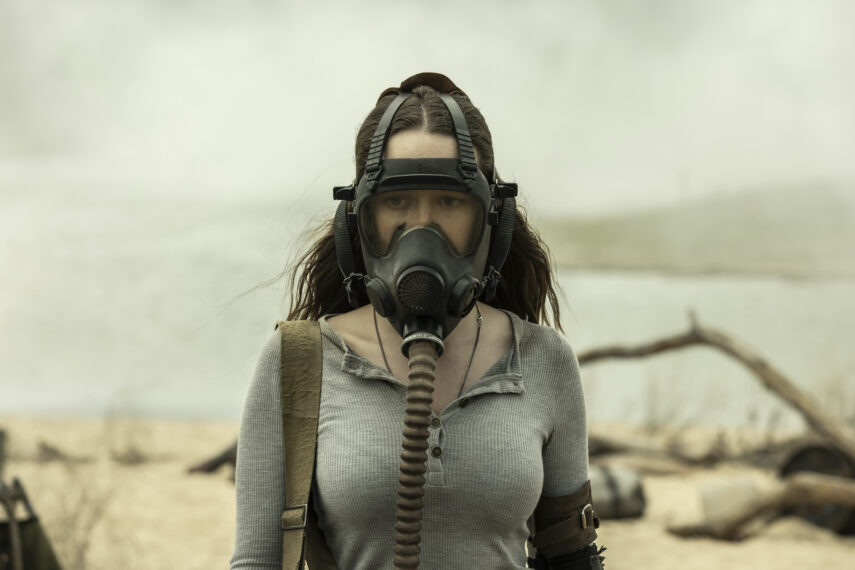 A New ‘Terminator’ Movie Is Being Discussed

Theater Camp Gets a Hilarious Showcase

Watch the Weeknd’s New Video for “Is There Someone Else?”