“We got hit by a drunk driver and tried to run. He was going 60-80 mph. Luckily, the cops are at the next block and saw everything and stopped the driver. Some of us got scratches but one had to go to the ER. No major injuries. Our bus is totalled and our gear is severely damaged. Playing live is a big part of our income and we are taking a huge hit.” 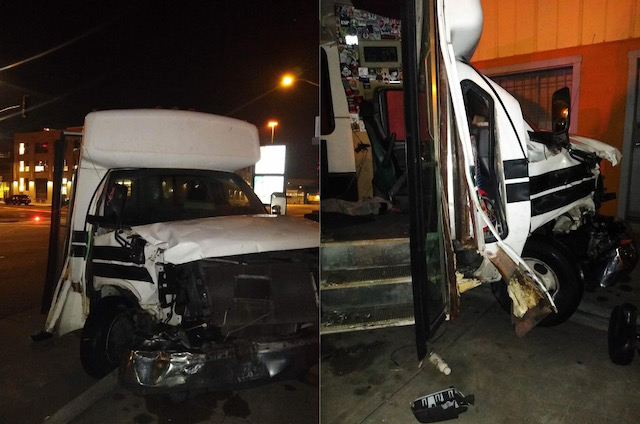 A GoFundMe page has been set up to assist the band, here.

Find a news clip here, and watch a video below:

Hemorage is an independent hardcore thrash band from San Francisco, CA. Formed in 2007, by Jon Orc and Bona Pak. Hemorage’s sounds are influenced by the Bay Area thrash, punk, hardcore and hip-hop music to name a few. From merch to the visuals, and the music is crafted by the band themselves. Hemorage is innovating the music industry by becoming the first 100% independent artist in the world.

Spiritworld want you to spend your Christmas cash on these picks

Spiritworld want you to spend your Christmas cash on these picks

Vinyl Just Had Its Biggest Sales Week in Over 30 Years

Why The Last of Us Fans Should Watch 2018’s Prospect

12 Actors Who Spoiled Their Own Movies