Fan-filmed video of the Van Halen hits “Why Can’t This Be Love” and “Right Now” from the show can be viewed below. The setlist was as follows:

“There’s Only One Way To Rock”

“Top Of The World” (Van Halen)

“Finish What Ya Started” (Van Halen)

“Your Love Is Driving Me Crazy”

“Best Of Both Worlds” (Van Halen)

Special guests George Thorogood & The Destroyers are on the “Crazy Times” tour for the duration, which is produced by Live Nation and presented by Hagar’s portfolio of spirits – Sammy’s Beach Bar Cocktail Co., Santo Tequila and Beach Bar Rum. A full list of dates is below.

Sammy Hagar said: “A tour this size has been a long time coming and it’s definitely going to be worth the wait. The Circle and I are super excited and ready to throw the party of the year with George Thorogood. We’re going to take the music and party to a whole new level – ‘Crazy Times’ is an understatement.” 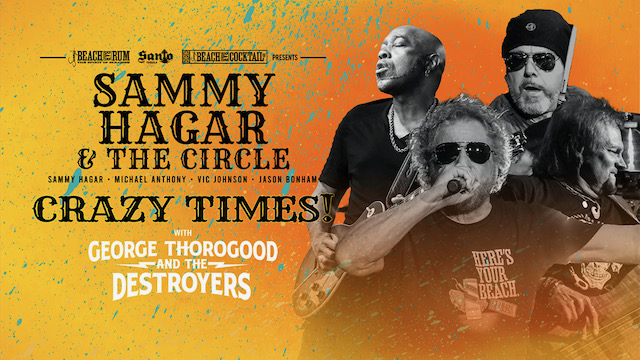 The “Crazy Times” tour comes on the heels of Hagar’s Las Vegas residency, which is now in its second year of sold-out concerts at The Strat. On January 5, 2022, he was awarded Mexico’s Medal of Honor and named Los Cabos’ first Honorary Ambassador of Tourism by the region’s top dignitaries, in recognition of his longtime investment in their people and economy.

a titan of Japanese cinema

5 Anime to Watch if You Love Tokyo Revengers