Jonathan Hultén, the darkly enigmatic Swedish Grammy-winning songwriter returns with The Forest Sessions, on CD+DVD & LP through Kscope on December 16, 2022.

Following on from the release of his 2020, debut album Chants From Another Place that saw Hultén drawing comparisons to artists such as Nick Drake, Sufjan Stevens & Wovenhand as well as more traditional folk artists such as John Martyn right through to his contemporaries in Anna Ternheim, José Gonzales, Anna von Hausswolff,  Chelsea Wolfe & Hexvessel; The Forest Sessions is a collection of experimental versions of songs taken from both Chants From Another Place and his earlier EP The Dark Night of the Soul, but it is also a short film composed of music videos and interludes with animated illustrations and poems.

Recorded by himself between January 2020 and June 2022, with mastering and mixing taken care of by frequent collaborator Ola Ersfjord – this is a deeply intimate work from start to finish. Hultén invites listeners into his world through the stunning album cover which he designed.

Jonathan Hulten explains the concept in more depth “It all began with an idea of live streaming a concert from the woods! I got a team together, a plan was worked out and eventually the project morphed into the making of eight unique music videos based on the setlist of a live performance.”

He continues, “All the filming locations were scouted in reference to the song titles and our plan was to film all the material in 24 hours around an area about 40 minutes from Stockholm, Sweden.”

And Hultén and his team achieved this immense feat – 8 live performances filmed in the Swedish wilds in 24 hours – starting by a secluded riverside cottage, to a raft in the river, an antique organ carried over hills to a glade, an old abandoned mine and ending in the tranquil of a tree grove.  In the following weeks rough cuts were made and given to the filmmaker Emil Klinta who would take care of post-production, gracefully bringing everything to the next level.

Then, around this time the idea to interpret and record new versions of the songs came up and I felt like it could be an interesting extension of the project. These new, experimental versions were to be done in the same pace as the finalization of each video. And so throughout the following year with about 1-2 months in between the music videos were released, one by one.

The Forest Sessions is being released as a 2 disc – CD & DVD edition with the DVD featuring the collection of music videos that spontaneously evolved into the album as well as clips from Roadburn Redux Festival. It is also features a collection of poems and animations that tells a little story about letting go of old sorrows and rediscovering a sense of joy and adventure. 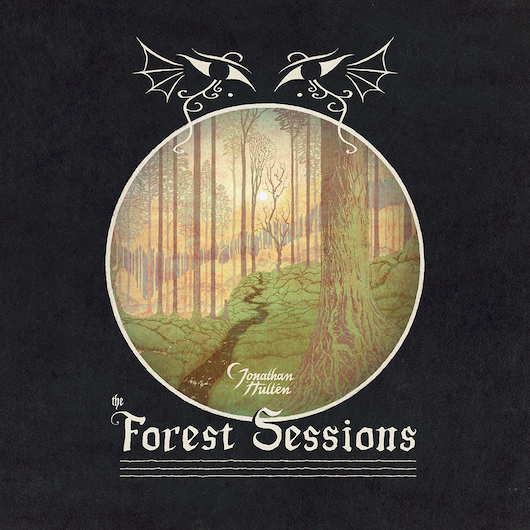 “…And The Pillars Tremble” (Forest Version)

“The Call To Adventure” (Forest Version)

“Dance Of The Water Spirits”

“The Call To Adventure” (Roadburn Version)

“A Dance In The Road” (Roadburn Version)

“…And The Pillars Tremble Poem” (Animation)

“The Call To Adventure Poem” (Animation)

“Dance Of The Water Spirits” (Movie)

“The Call To Adventure & A Dance In The Road” (Movie)

Gene Simmons interview: “How do I say this without sounding inhuman? I don’t have friends”

4 Key Moments From ‘It’s All About The Journey’ (RECAP)