Legendary singer Joe Lynn Turner was guest on BraveWords’ Streaming For Vengeance recently promoting his upcoming solo album, Belly Of The Beast, and he talked about his two-year stint with Deep Purple during the Slaves And Masters period (1990 – 1992). It was certainly a revolving door moment in rock n’ roll! Here is an excerpt from our chat. 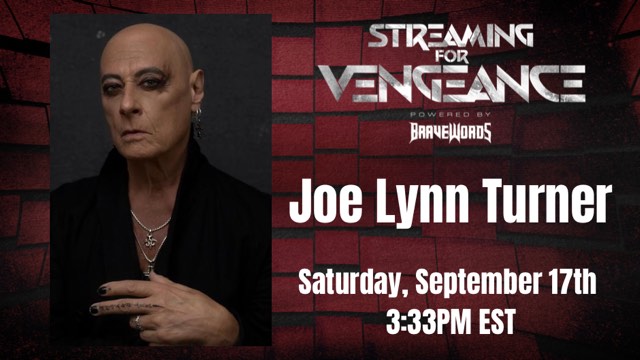 BraveWords: What is a project that you had your heart and soul set on, but it didn’t click?

Turner: “That’s an interesting question. Nobody has ever asked me that before. I mean, look, from one album with Deep Purple, it was, I have to say, a disappointment, but I knew what was happening. I knew why it was happening. I knew that they got this huge deal from BMG to get Gillan back in the band. You can’t pass up a couple of million dollars like that. So, they were like, ‘Joe, sorry’. Everyone likes to say ‘Joe was fired’, but I wasn’t really fired, I was let go. I was explained the situation, and I said let me bow out to let Purple come forward again. Because I’ve always loved Purple. I was a big fan of the band my whole life, so I feel, as Ian Paice said, and I love this comment, I have a screen shot of it, and I’ll paraphrase it. He basically said, ‘Joe Lynn Turner was the link’. We would have never gotten to Perfect Strangers or anything if he hadn’t been there for Slaves And Masters, because Ritchie would have bolted. Ritchie would have left and done something else, and then there would have been no chance for them to regroup. So, I was kind of like the middle man, to keep it together. And he said many other kind words about me. I love the guy, but not because he’s flattering me, but because he’s accurate. And I knew that was the accuracy. We got so much flack for that album, but you listen to that album, it’s a damn good album.”

BraveWords: Absolutely. And it has stood the test of time.

Turner: “Exactly. The writing the production, the performances. Come on, it’s a good record.”

BraveWords: But, despite that you’re only on one Deep Purple record, that’s a hell of a thing to have on a resume.

Turner: “Oh yeah. I’m proud of it. I’m honoured and blessed to be on it. I was very fortunate. I mean, they had somebody lined up to be a singer and I was the last-minute call because at that point Colin Hart, the road manager called me up and said, ‘You fancy coming up for a month to audition?’, and I said, ‘I gotta audition?’. So I drove up for a month, and there they were in this beat-up, old, abandoned ski lodge, in the bar area, stinking of cigarettes and beer, and as soon as I walked in Blackmore started playing and I went up to the mike. And then John Lord, rest his soul, he started playing this piano bit, and that turned into ‘The Cut Runs Deep’. Right there and then. And they looked at each other after the jam and said, ‘He’s the guy!’, and Ritchie went, ‘I told you. He can write, he can sing. There it is, we got him.’ And they all said, that’s it. And that’s how it happened. Quite, in a way, last-minute. But I must say, at that time, I was coming out, I was already in Foreigner and out of Foreigner, that’s because during the time when Lou had quit, I call it the ‘Say You Will’ period. And I had a falling out with Bud Prager, the manager, because he was a complete arsehole, and I just told him he was. You don’t do that, right? Then Bad Company was also interested in a singer before they got Brian Howe. So, it was a peak of that leg of my career, and I went, ‘I want to go with Purple’, and that’s what I did. And I never looked back, and I don’t regret a damn minute of it.”

BraveWords: Well, when you look at the lineage of singers, it’s a pretty exclusive grouping.

Turner: “You know what? Absolutely. That legacy, to be part of that, I’m so blessed and fortunate, really I am. It’s like, ‘Pinch me’, it’s a dream. Really.

Watch the entire chat on Streaming For Vengeance:

The wildest times call for the freest of voices. After selling millions of records, playing to countless fans, and fronting some of the most influential rock bands in history, award-winning songwriter and vocal dynamo Joe Lynn Turner speaks his mind as loudly as possible on his eleventh full-length offering and Mascot Label Group debut, Belly Of The Beast. Joining forces with iconic producer Peter Tägtgren (Hypocrisy, Pain, Lindemann), the New Jersey-born powerhouse conjures up the kind of heavy metal that not only makes you throw your fist in the air, but also makes you think.

In 2017, he initially met Peter after performing at his brother’s private birthday party. Soon later, Joe and Peter collaborated on their first track “Don’t Fear the Dark,” cementing their creative partnership and assembling what would become Belly Of The Beast. 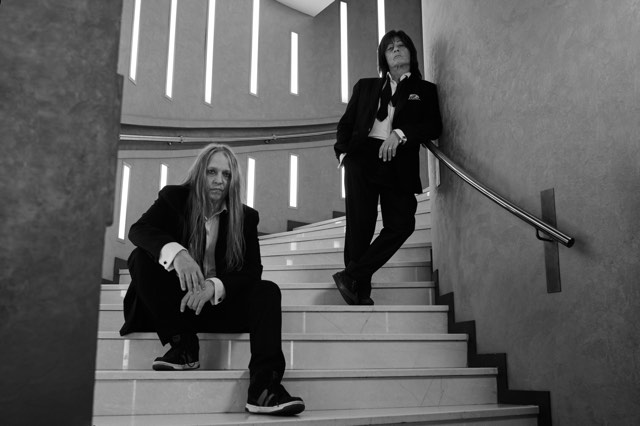 “It happened completely by accident, but some of the best things happen by accident,” Joe notes. “I was not very familiar with Peter’s bands Pain and Hypocrisy, but when we met, I loved his personality, and I felt like we had a chemistry together. On the writing side, you have to change and grow to mature. I had this in me. As far as pushing into a heavy vein, Peter said, ‘Joe adapted his voice,’ which is the truth. It’s still me though. I kept it dirty, gritty, and metal.”

This chapter saw him make a crucial personal decision too. Diagnosed with alopecia at three-years-old, he began to wear a wig at 14-years-old, dealing with “emotional and psychological damage from cruel bullying in school.” So, he wore the hairpiece throughout his career until finally deciding to go without it.  “In a way, it’s a blessing and a curse,” he admits. “I have nothing to prove, and I can wear a wig—or not. I am free to do what I want. I’m a grown man, and I’m getting to be an older man. Many men in this business eventually come to the decision to continue to ‘’wear hair’’ or shave their head which is very fashionable today. Either way, it takes a lot of personal courage. Assholes in high school trying to kick me around made me stronger and gave me the necessary motivation and strength to rise above the rest. Anger and pain are a great tool. If applied correctly, it could develop you to become the best version of yourself. Instead of running away, I was ‘’hiding in plain sight”.

In the end, Joe has something to say at the pit of Belly Of The Beast. “Rock‘n’Roll is about entertainment of course, but I hope you hear the message as well,” he leaves off. “It seems like everyone has sold their souls to major corporations. Once people are rich and popular, they become a part of the establishment. Where are the rebels? Who’s going to say, ‘Fuck you! We aren’t going to take this shit?’ I am.” 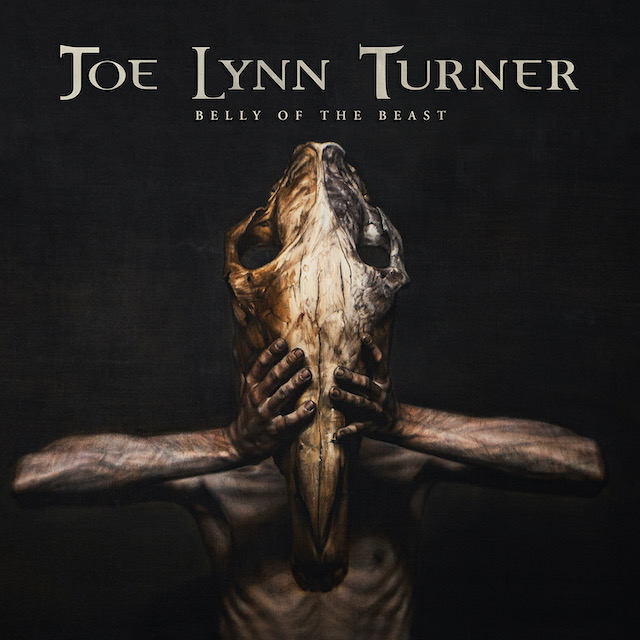 “Belly Of The Beast”

“Dark Night Of The Soul”

“Belly Of The Beast” lyric video:

Alter Bridge announce May US tour dates with Sevendust

”With film, I used to be the first person to see a performance”

Marvel’s Avengers Support Ending Soon, All Cosmetics Will Be Free