Following on the heels of the immensely successful The Number Of he Beast Iron Maiden coin, CIT Coin Invest AG is thrilled to release the next heavy metal hit! 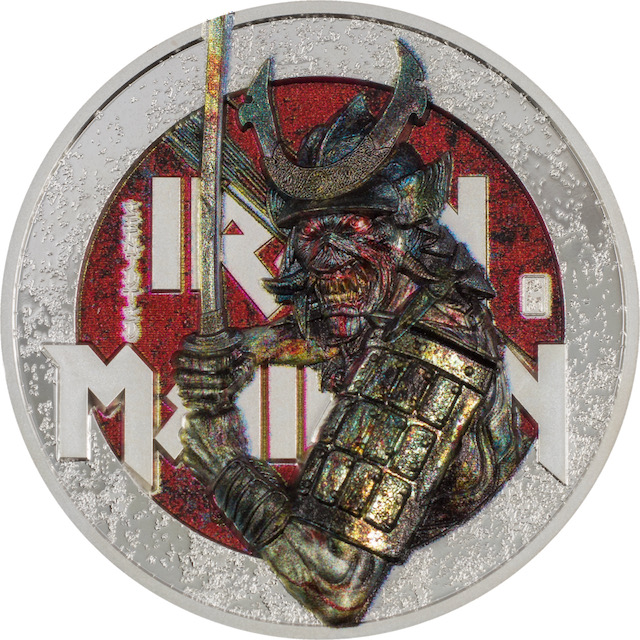 There are three incredible issues that are all designed around the band’s newest album release, Senjutsu. It is a global success having hit #1 in 23 countries! The name is Japanese and loosely translates to ‘tactics and strategy‘. It is unlike any other album that Iron Maiden has done before and the band continues to sound like no other.

Iron Maiden is well known for fancy album artwork revolving around Eddie and this album is no exception! Eddie is shown donning ancient Samurai style armor and wielding a Samurai sword. CIT has taken this officially licensed design and mated it to their impressive smartminting® technology. 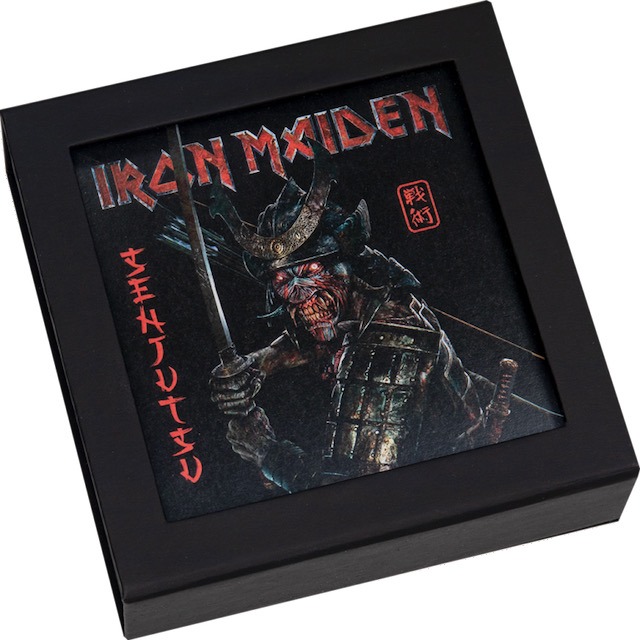 The 2 oz silver proof is a stunning blending of their state-of-the-art colorization and ultra-high relief! Eddie looks like he is jumping right out of the coin with the relief of his sword extending all the way to the edge. The colorful 5 gram silver note is also a sight to behold and uses every bit of its surface to showcase this striking design. The half gram gold proof is astonishingly detailed for its size and makes a great compliment to the other two releases. With their Legacy of the Beast tour going around the world this year, these will surely be in high demand!

Watch a trailer below, and get further information here.

Like Moths to Flames Fire Bassist, Say He Abused His Platform

How to Get Tickets to Sonic Temple Arts + Music Festival 2023