The flagbearers of modern UK death metal, Ingested, have been churning out bilious anti-anthems for more than a decade and a half, dropping a string of releases that have helped shape the genre. In 2022, they return with the digital single Ashes Lie Still, featuring Julia Frau. 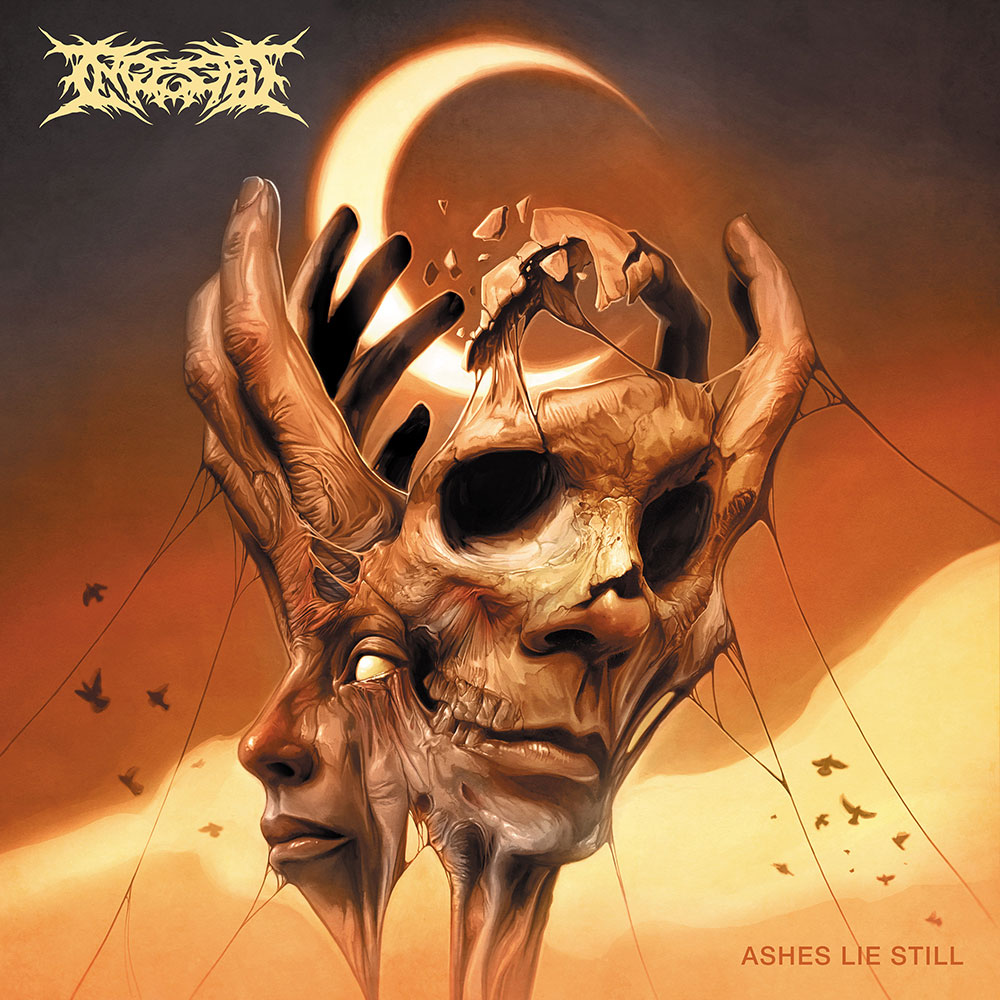 Watch the video for Ashes Lie Still, by Loki Film, below:

“‘Ashes Lie Still’ was written in my darkest times, my father suddenly passed away while I was on tour and the very next day Covid halted our career for over two years. You can hear my pain and frustration musically as well as lyrically; it’s a dark, brooding piece and Julia compliments the feel of the track perfectly. It’s an incredibly personal song to me and I’m proud it’s the first single from our Metal Blade debut,” comments guitarist and backing vocalist Sean Hynes.

Fans in Europe have the chance to catch the band live as they wrap up their dates with Dying Fetus and make stops at three different festivals, including Hellfest in Clisson France this Sunday.

The new single was co-produced by the band and previous collaborator Nico Beninato, Jeffs living close to Beninato’s studio in Mallorca and recording his drums there, while Hynes recorded his guitars at home in the UK with the producer assisting remotely. Vocal tracking was interrupted by Evans falling seriously ill when finally making it to Mallorca and was ultimately tracked back in Manchester. Bass was again supplied by Dominic Grimard (Ion Dissonance/The Last Felony).

That Time Poison Played the Wrong Song on the VMAs

What Happens In the Cult Hit

Affleck and Damon Reteam For Film About Air Jordans