Long-running blackened death metal unit, Hate, will join Batushka on their North America Pilgrimage 2022 Fall Tour. The journey begins on September 26 in Philadelphia, Pennsylvania and runs through two dozen cities, coming to a close on October 21 in Brooklyn, New York. Additional support will be provided by Hideous Divinity.

Comments Hate frontman ATF Sinner, “This tour has been years in the making. After wave upon wave of pandemic cancellations, rescheduling upon rescheduling, we finally get to hit North America with our new album, Rugia! It’s been too long! So, after three years, we’d like to invite you all to come out and celebrate with us.”

Tickets are on sale now. See all confirmed dates below. 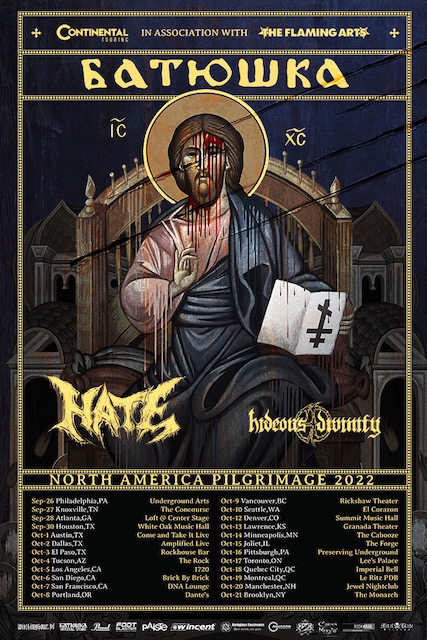 No one combines death and black metal quite like Poland’s Hate. With unflinching viciousness and a sense of atmosphere unique to the band, on Rugia, their twelfth full-length, they push the boundaries of their craft even further.

“Awakening The Gods Within”

‘Only Murders’ Renewed For Season 3 at Hulu

‘Fleishman Is in Trouble’ Recap: Premiere, Episode 1 on Hulu