Merry Christmas Metalheads! As a seasonal salute to all their fans, and big thank you for a fantastic year in 2022, German heavy metal institution Grave Digger release this lyric video for the track “Battle Cry”… enjoy.

“Battle Cry” is taken from the successful and chart-topping longplayer Symbol Of Eternity (#7 in the official German album charts), released this past summer and available as CD, Vinyl, Boxset, Download and on all streaming platforms via ROAR! Rock Of Angels Records! Get your copy here.

German metal legends Grave Digger have announced the Knights & Riots Tour 2023 through their homeland – and a stop in Pratteln, Switzerland – with Mystic Prophecy and Cellar Stone. Confirmed dates are available below.

Grave Digger’s latest album, Symbol Of Eternity, was released in August 2022. Check out the lyric video for “Heart Of A Warrior” below:

Grave Digger have been an integral part of the German heavy metal scene for over four decades. Chris Boltendahl, Axel Ritt, Jens Becker and Marcus Kniep are not only a force to be reckoned with in the live sector, they also regularly deliver high-quality heavy metal albums.

On their latest album, Symbol Of Eternity, they continue to spin the story of the Crusaders… after having dealt with it once before on the album Knights Of The Cross, they devote themselves once again to the fabled history of the Templars.

Razor-sharp riffs, opulent choir arrangements and the distinctive voice of Chris Boltendahl are components of Grave Digger’s new work. All the trademarks that have made the band stand out for four decades can be heard on the album… an original and hard album is “Symbol of become eternity”. And yet, next to the merciless riffs, like in the opening headbanger “Battle Cry”, melodic refrains are always in the foreground… hard double bass attacks alternating with mid-tempo songs and the almost doom-like title track will make every headbanger’s heart beat faster.

Grave Digger have never been so varied and are not afraid to think outside the box like on the bonus track “Hellas Hellas” which is a cover of the Greek superstar Vasilis Papakonstantinou in which Chris sings Greek for the first time in his career and the band was even able to win Vasilis himself for some vocal passages. Open your ears and eyes when the new album will be in stores worldwide on August 26, and you can take another journey into the secret world of the Templars… The king is dead… long live the king! 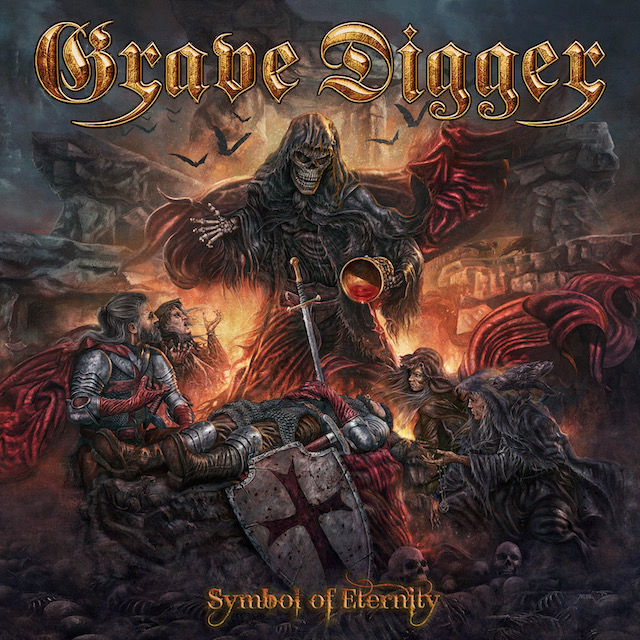 “Hell Is My Purgatory”

“King Of The Kings”

“Heart Of A Warrior”

“The Clans Will Rise Again”

“The Curse Of Jacques”

“Season Of The Witch”

“King Of The Kings” video:

“Hell Is My Purgatory” video:

The Most Anticipated Movies of 2023