Dutch symphonic metallers Epica performed at the 2022 edition of Hellfest in Clisson, France on June 23rd. You can watch professionally-filmed footage of the band’s full set below.

The setlist was as follows:

“The Essence of Silence”

“Cry For the Moon”

Celebrate 20 years of Epica with reissues of the first three albums (including unreleased bonus tracks), plus Live At Paradiso and We Will Take You With Us. Head to epicamerch.com to preorder The Phantom Agony, Consign To Oblivion, The Score and the unreleased/rare live albums on a variety of (limited!) formats. It’s all out September 2 via Nuclear Blast.

Live At Paradiso is the 2006 Amsterdam show that is mythical among Epicans, as it’s never been officially released. Now, the holy grail is available as a part of We Still Take You With Us, which bundles it together with their (long sold-out) first major TV performance/DVD release, We Will Take You With Us, as well as their first three albums: The Phantom Agony, Consign To Oblivion and The Score. 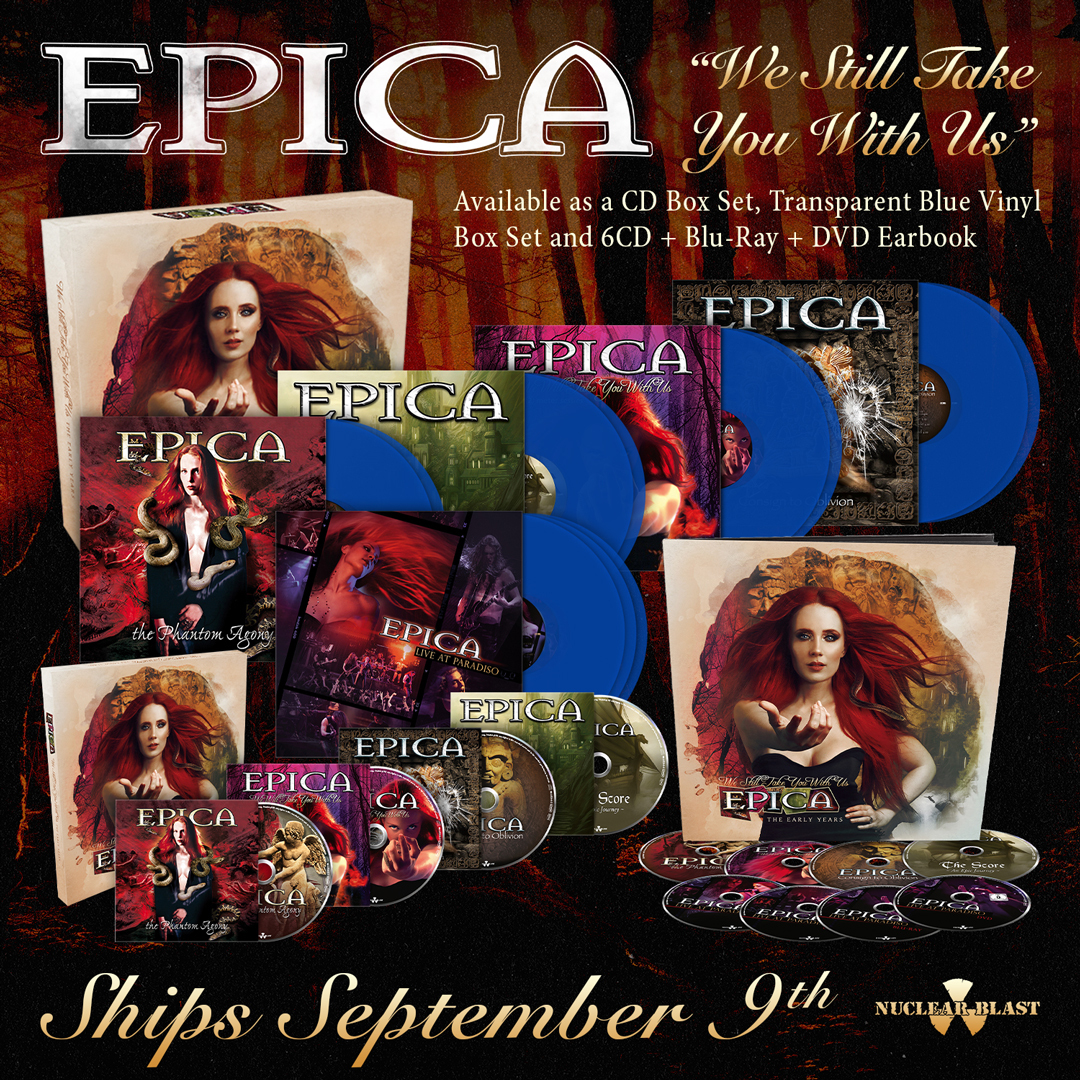 Pre-order it on an 11-disc vinyl box set, Earbook with 36-pages and 8 discs or 8-CD box clamshell. Live At Paradiso and We Will Take You With Us will also be available to download or stream, while Live At Paradiso will be released on 2-CD+Blu-ray, too.

Check out the video for “Sensorium” (Live At Paradiso):