British metal sextet, Bury Tomorrow, have announced the release of their seventh album, the aptly titled The Seventh Sun. The album will be released on March 31 via Music For Nations. Pre-order or pre-save it here.

To mark the announcement, the band have shared “Abandon Us.” Watch the video below.

“We are beyond excited to share the new era of Bury Tomorrow with you all. Album seven and still driving forward,” says frontman Dani Winter-Bates. “‘Abandon Us is the perfect way to showcase our intent with this next phase, visceral and heavy, this one is for those that have stuck by us and those just find out about Bury Tomorrow. Enjoy and anticipate.”

It’s never too late to be what you might have been. Sometimes you just need a push to take the plunge. Few people would be greater advocates for this truth than Bury Tomorrow.

Faced 18 months ago, following a period of external and internal strife, with the very real reality that it might be time to pack up their successes and close the book on a storied career of 15 years, with their hands forced and backs to the wall Bury Tomorrow instead picked up fate’s gauntlet and set about writing the chapter they had always imagined.

The Seventh Sun stands as testament to the bonds and belief required to shape themselves a new reality, a new sound, and a new future.

If standalone singles “Death (Ever Colder)” and “Life (Paradise Denied),” released little over a month apart earlier this year, gave a first glimpse at what lay in store, then The Seventh Sun amounts to the glorious arrival at a destination in this new era. Not Bury Tomorrow’s final destination, either, you must understand, but one that both perfectly encapsulates their revivified present while offering further tantalizing hints at an unwritten future.

This is no beast tamed, but rather one with its teeth and claws sharpened, intent on killing with targeted precision rather than with overwhelming bludgeoning. Refocused yet no more restrained, The Seventh Sun’s expanded sonic palette platforms sky-high melodies, layered with textured atmosphere, cloaking an underlying savagery. 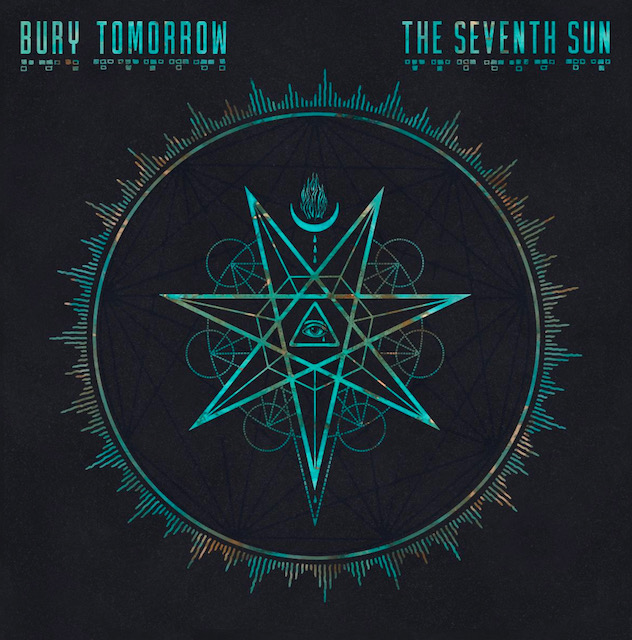 Why Did Demi Lovato Postpone The Holy Fvck Tour?

Petrucci + Portnoy Play Live Together for First Time in 12 Years

James Gunn Denies the DC Universe Is Being Totally Recast