Avantasia frontman / mastermind Tobias Sammet has checked in with the following announcement:

“A few days ago we were asked if we’re maybe available to play a show at Rock Fest Barcelona in a few days. It seemed impossible to organise within such a short time frame, it was like: ‘Next week???’ Impossible! But: finally our tour management, agency and crew made the impossible possible and it’s settled!

Another show for our fans in Spain? With KISS, Priest, Alice, Guardian and Nightwish? After two years of no shows at all? How could we not appreciate that?! BRING IT ON!!!” 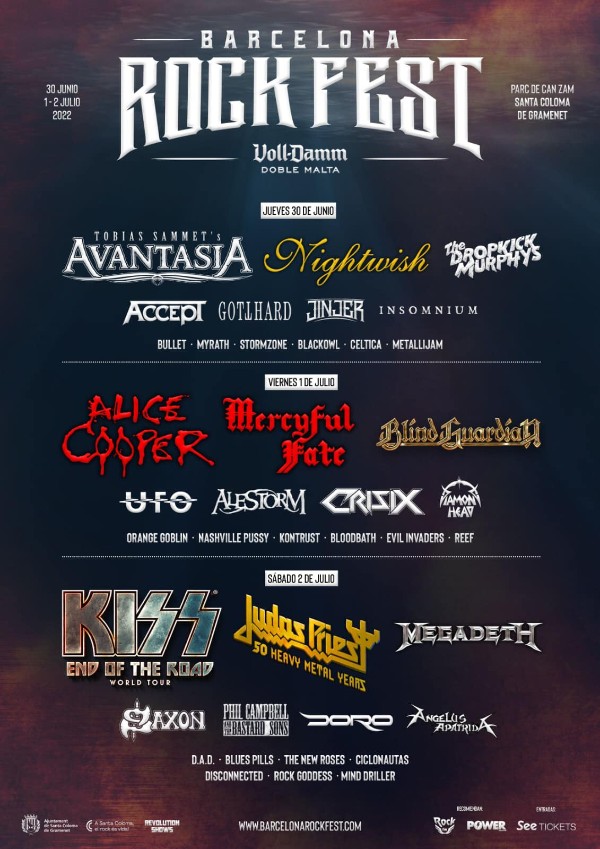 Sammet continues: “We know that Cartagena was announced being the only Avantasia show in Spain, and that some of you are confused about us playing Barcelona RF now. So are we! It was NOT planned originally. The promoter of Rock Fest was standing in the rain with a headliner overboard suddenly. He is a good guy, a professional, a well organised festival, and we said we try, but besides having to arrange everything we wanted to make sure the promoter at Cartagena was fine with it also, and being a top professional too, and thinking of the fans, the scene, the festival landscape, crew, all those people who had suffered for two years, Juan said: GO FOR IT, in the name of Metal!

It’s been two hard years for all of us, so we moved heaven and earth to get crew, some new crew guys, a bass player replacement, trucks, flights, furry loin cloths. Kiddin… hell!!! And it worked.

And once again: I want to thank the crew, band, agency and everyone involved, also Rock Imperium, for making it possible.

We love you Spain, we love you Barcelona, and if you’re half as loud as Rock Imperium yesterday, it will be a blast!”

Mustaine Willing to Forgive Ellefson but Not Play Music With Him