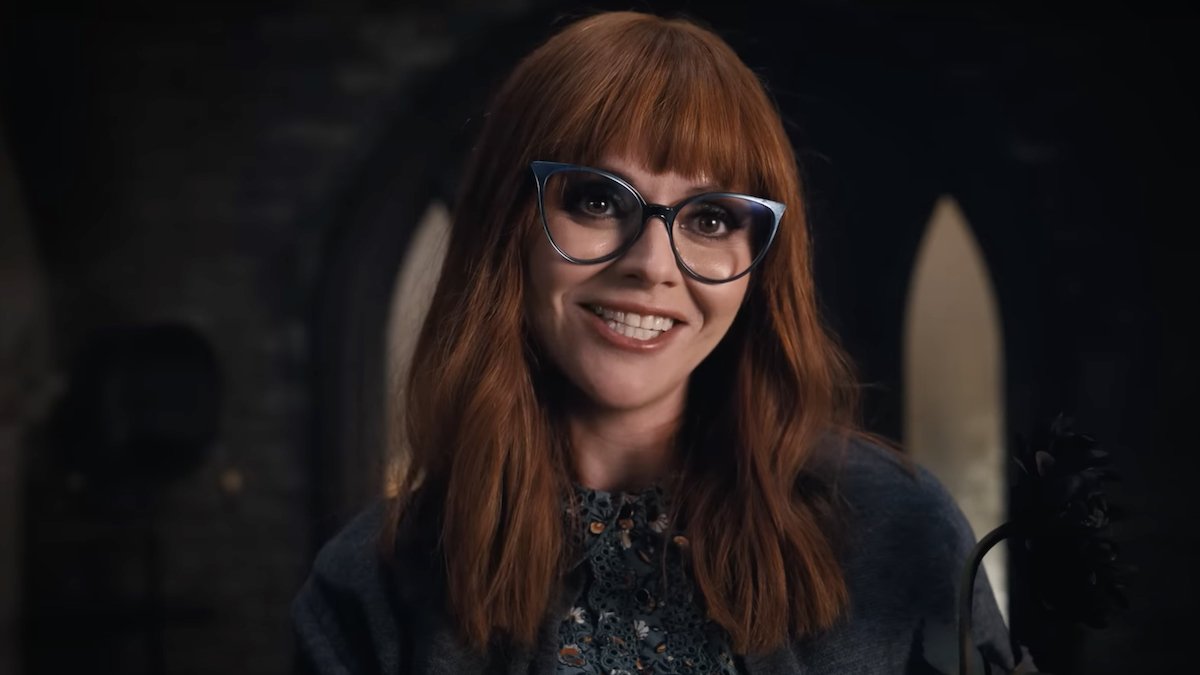 The official trailer for the upcoming Netflix Addams Family adaptation Wednesday has arrived, and like any long-awaited family reunion, there are a lot of new people to meet and a few familiar faces that look a bit different since the last time we saw them.

Jenna Ortega stars in the Tim Burton-directed solo series for the titular teenage daughter of the Addams Family, who is sent to Nevermore Academy after a horrific piranha incident previously shared in the show’s teaser. After a series of unusual occurrences including an attempted murder, Wednesday summarizes her new digs in her signature, sardonic delivery with “There’s just something wrong about this place, not just because it’s a school.”

On top of fleshing out the series’ overarching mystery, the trailer also introduces a number of new members to the family. Catherine Zeta-Jones and Luis Guzman’s Morticia and Gomez Addams get more face-time, Fred Armisen debuts his take on Uncle Fester and even elicits a rare smile from Wednesday, and Gwendoline Christie makes a notably bloody appearance as Nevermore’s Principal Larissa Weems.

Finally, Ortega’s Wednesday breaks the fourth wall, saying “I know the suspense is killing you” before a final scene reveals Christina Ricci’s welcome return to the property after portraying the titular character herself in the 1990s Addams Family films. As far as first impressions go, her role as Marilyn Thornhill seems to be a far cry from Wednesday given the character’s overall cheery and compassionate attitude. Watch the trailer below.

Wednesday consists of eight episodes that will begin streaming on (when else?) Wednesday, November 23rd via Netflix.

The Black Keys Are Rock’s Last Arena Heavyweights In LA

James Cameron Has Already Shot the First Part of ‘Avatar 4’

Here’s how to watch the 2023 Grammys live

Melinda Dillon, Star of A Christmas Story, Dead at 83

James Cameron Has Already Shot the First Part of ‘Avatar 4’

Marvel’s Avengers Support Ending Soon, All Cosmetics Will Be Free

Want to see a new movie for a pound?

Groundhog Day Is Still a Joy to Rewatch 30 Years Later