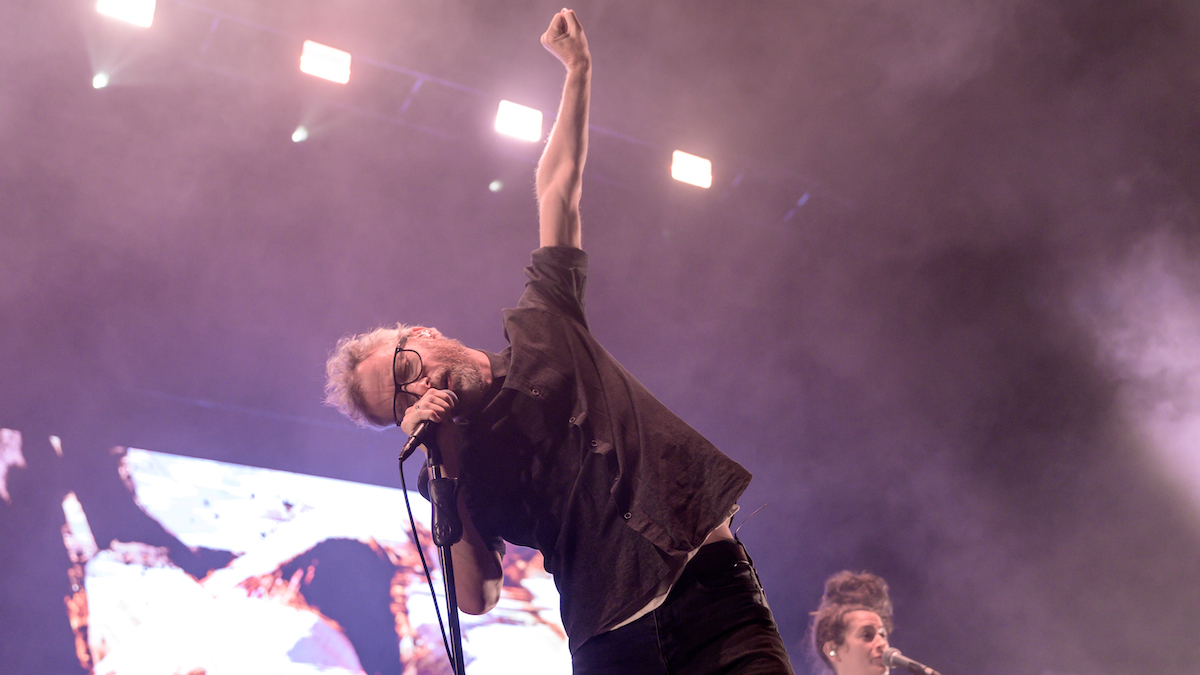 Over the weekend, The National kicked off their first tour since COVID-19 hit, and they marked the occasion by debuting three new songs.

Performing in Pamplona, Spain on May 28th, Matt Berninger and company performed hits like “Bloodbuzz Ohio” and “Day I Die” in between the new tracks, dubbed “Grease In Your Hair (Birdie),” “Tropic Morning News (Havisham),” and “Bathwater (Mount Auburn).” Surprisingly, they didn’t perform the December single “Somebody Desperate,” but perhaps the songs that did make the band’s set more accurately preview the band’s follow-up to 2019’s I Am Easy to Find.

Speaking of which, Bryce Dessner spoke about the band’s next album in an interview with The Up Coming. “It’s all very exciting: it kind of feels back to the classic National sound in a way, which was really just the five of us, and it has a lot of energy in it,” explained Dessner. “Maybe it’s like bursting out of the closed doors of COVID or something? I don’t know. But we’re excited and I would think it would be imminent at some point.”

In between headlining dates, The National are set to perform at Seattle’s Day In Day Out Festival in August and Bridgeport’s Sound on Sound Festival in September. Tickets to all of the band’s shows are on sale via Ticketmaster.

Matt Berninger recently teamed up with Caroline Spence for the single “I Know You Know Me,” while Consequence caught up with 2021 Composers of the Year Aaron and Bryce Dessner to discuss their work on Cyrano, C’mon C’mon, and Jockey.

‘We Own This City’ Finale Recap: Wayne and Sean’s Fates Revealed