Rage Against the Machine Kick Off Reunion Tour: Video + Setlist 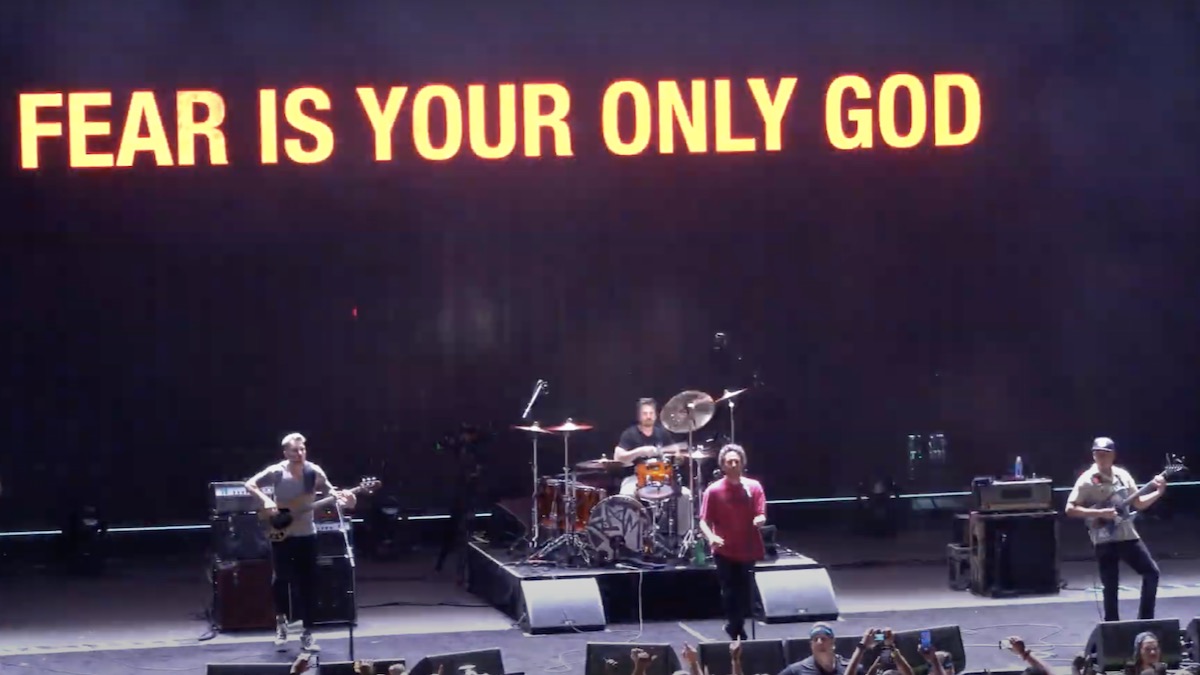 Rage Against the Machine took the stage for the first time in 11 years at the Alpine Valley Music Theater in East Troy, Wisconsin on Saturday night.

The show marked the launch of the band’s long-awaited “Public Service Announcement Tour.” Originally set to begin in 2020, the trek was twice pushed back due to the pandemic. The initial run of North American shows nows takes place through the middle of August, followed by a UK/European outing in the fall, and a second leg of North American shows in early 2023. Tickets are available here.

During Saturday’s gig in East Troy, RATM ripped through a 16-song performance of fan favorites and greatest hits, including set opener “Bombtrack,” “Bulls on Parade,” “Testify,” “Guerrilla Radio,” and “Sleep Now in the Fire.” The band also covered Bruce Springsteen’s “The Ghost of Tom Joad” before wrapping up the evening with “Killing in the Name.”

The members of Rage Against the Machine did not speak at all during the performance. Instead, messages, photos, and video were displayed on a background video screen. One message read, “abort the Supreme Court,” while another noted the financial cost of forced birth. There were also images of a helicopter descending on a group of refugees, a border patrol agent posing with a drone, and police officers with their weapons drawn while detaining a man.

Watch fan-capture video and find the full setlist below.

Rage Against the Machine donated the ticket sales of the tour’s first three shows — $475,000, to be exact —  to reproductive rights organizations.

Rage Against the Machine Setlist:
Bombtrack
People of the Sun
Bulls on Parade
Bullet in the Head
Testify
Tire Me
Wake Up
Guerrilla Radio
Without a Face
Know Your Enemy
Calm Like a Bomb
Sleep Now in the Fire
War Within a Breath
The Ghost of Tom Joad (Bruce Springsteen cover)
Freedom
Killing in the Name

System of a Down Drop Reunion Album Bombshell

James Caan, ‘The Godfather’ and ‘Misery’ Star, Dies at 82

James Caan, ‘The Godfather’ and ‘Misery’ Star, Dies at 82

Inside Ugo Tognazzi’s cult of cuisine

Grey’s Anatomy Round Table: Is Meredith’s Move to Boston the Right Call?

Ranking ‘The Walking Dead’ Villains, From Worst to Best