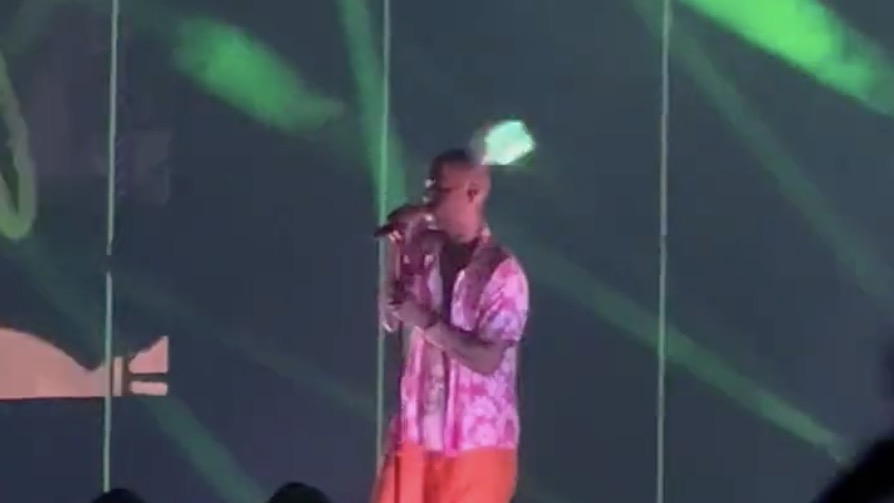 Miami’s Rolling Loud got off to a rocky start on Friday as the evening’s headliner, Kid Cudi, ended his performance early after audience members repeatedly threw items onto the stage. At the same time, Kanye West, who dropped off Rolling Loud’s lineup just days earlier, made a surprise appearance during Lil Durk’s own Friday night set.

Kid Cudi joined Rolling Loud’s lineup earlier this week, filling in as a last-minute replacement for his one-time collaborator-turned-rival, West. The feud between the two rappers apparently permeated into the crowd, as audience members repeatedly interrupted Cudi’s set by throwing objects at him and chanting West’s name. As documented by fan-captured footage, Cudi ended his set after 30 minutes and walked off stage.

West has yet to provide an explanation for why he dropped off Rolling Loud’s lineup. His beef with Kid Cudi is apparently due to Cudi’s friendship with Pete Davidson (who is currently dating West’s ex-wife, Kim Kardashian).

JUST IN: Kid Cudi walks off stage after people kept throwing things at him during his Rolling Loud set pic.twitter.com/jy8V62O3mO

Abby Roberts, Pretty Sick and 8 other things to check out

Lars Ulrich on why Metallica let ‘Stranger Things’ use their music

'For All Mankind' Renewed for Season 4 at Apple TV+

Rides Based on Old Movies You Won’t Believe Still Exist

10 Underrated ’90s Films You Can Watch On Streaming