Courtney Love Joins The Lemonheads for “Into Your Arms”: Watch 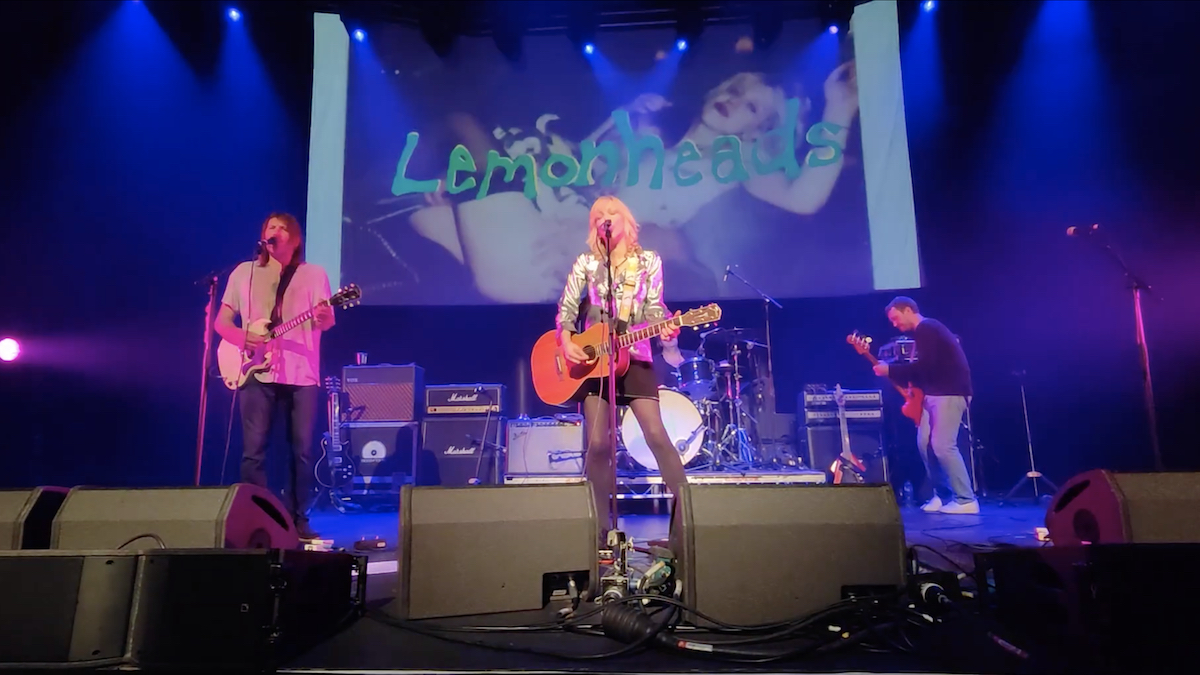 Courtney Love and Evan Dando go way back, and the two had an emotional reunion in London recently when Love joined The Lemonheads on stage to perform their classic “Into Your Arms.”

Love and Dando were friends in the early ’90s, and speaking before the performance, the Hole frontwoman praised Dando for staying by her side during a turbulent time. “He was my one constant,” Love said. “One man who doesn’t have a fucking bad bone in his body.” Speaking about “Into Your Arms” specifically, the artist grew emotional as she recalled covering the song at the end of Hole shows “to make myself sane again” after her band’s intense sets, which she described as “wrath and Medusa, blood, shit, puking on the stage.”

“I haven’t played guitar in a long time,” she added, holding back tears. Watch the sweet performance — and check out the old school photo of Love and Dando the band projected behind them on stage — below.

The Lemonheads are in the midst of a 30th anniversary tour for It’s a Shame About Ray, where the band plays their seminal 1992 album in its entirety. The tour continues through the end of the year, and for fans lucky enough to live in Chicago, Detroit, D.C., Philadelphia, New York, New Jersey, and Boston, they’ll be treated to an opening performance from Juliana Hatfield, Dando’s frequent collaborator who played bass on Ray. Tickets to those shows are on sale now via Ticketmaster.

Grey’s Anatomy Recap: Season 19, Episode 5 — When I Get to the Border

Greece’s own King of Trash